Visit the Boboli Gardens and its fountains 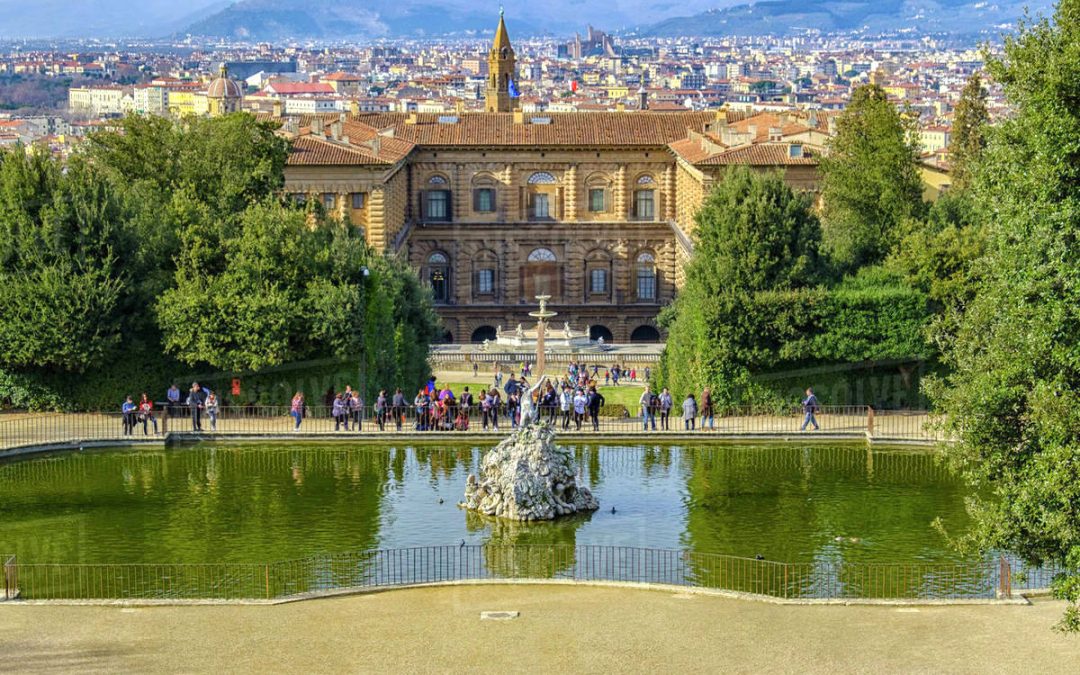 Visit the Boboli Gardens in Florence

Located between Palazzo Pitti, Forte Belvedere and Porta Romana, the Boboli Gardens are one of the largest and most elegant examples of an Italian garden. This large city park combines natural architecture with an extraordinary open-air museum, made up of buildings, fountains, greenhouses, lemon houses and even a hunting lodge.

Visit the Boboli Gardens: the history 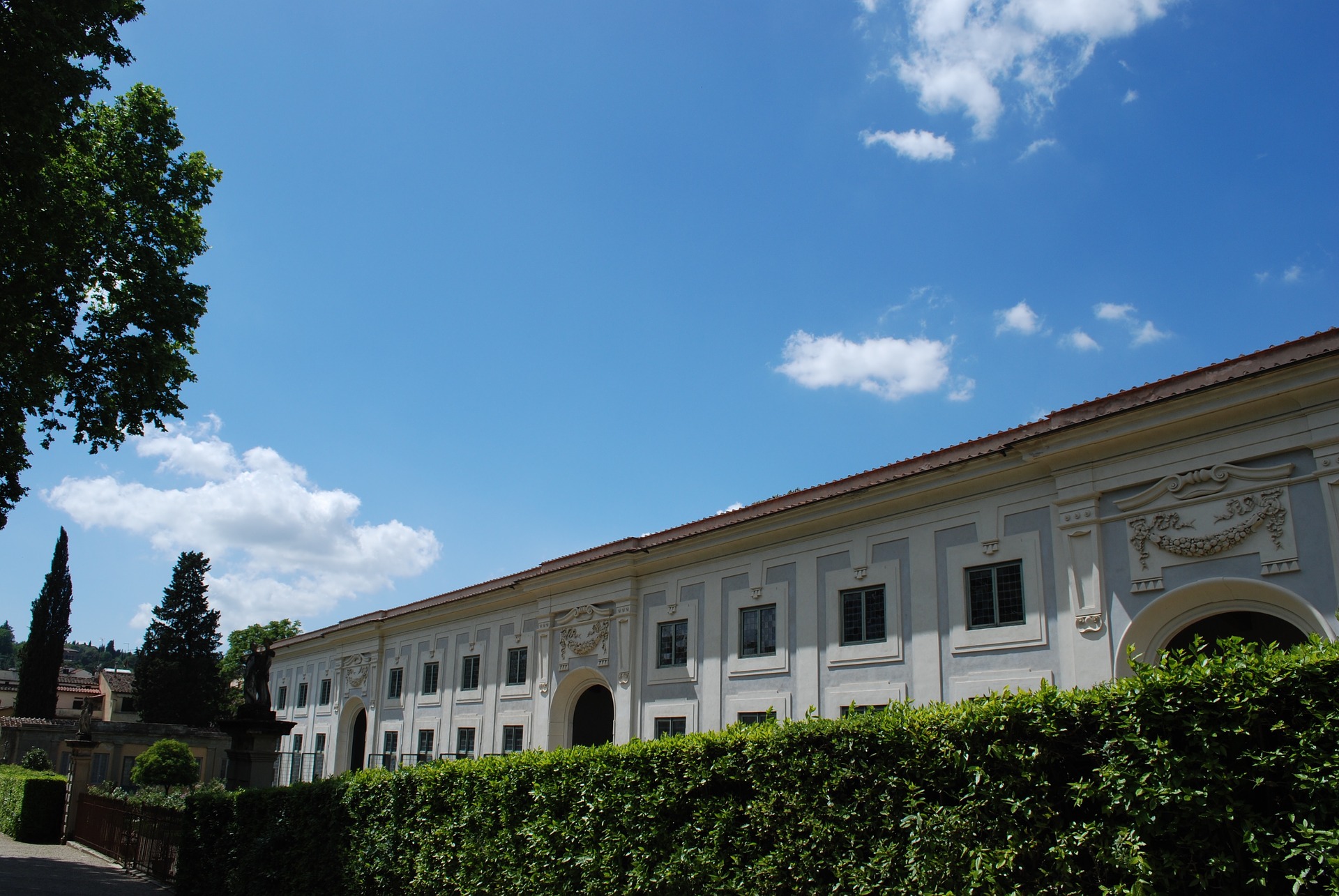 The creation of this park developed over 4 centuries from the 15th to the 19th century. The green spaces, located behind Santa Felicita in Oltrarno of the Borgolo family, from which perhaps the name Boboli derives, were acquired in 1418 by Luca Pitti. Pitti ordered the construction of the palace of the same name, probably a project by Luca Fancelli, a pupil of Filippo Brunelleschi. In 1549, the property was acquired by Eleonora di Toledo, wife of Cosimo de’ Medici and became a large and luxurious residence in Florence for the Medici’s family. The garden was designed as an ideal stylistic continuation of Palazzo Pitti. The two wings of the palace courtyard form a kind of continuation between the palace and the park.

In addition, the garden reflects the idea of ​​aristocracy of the time. Designed as an ideal area for the lordship on the edge of the city. The park is also isolated from city life, a scenario of sumptuous feasts, limited to the Florentine court and aristocracy took life in its gardens and courtyards. The position on the top hill, from which it is possible to observe the beautiful skyline of the city and its surroundings, the rich vegetation, the caves, the statues, the numerous fountains, contribute to creating a suggestive environment, perfectly connected to the urban structure of Florence .

Visit the Boboli Gardens: the structure of the garden 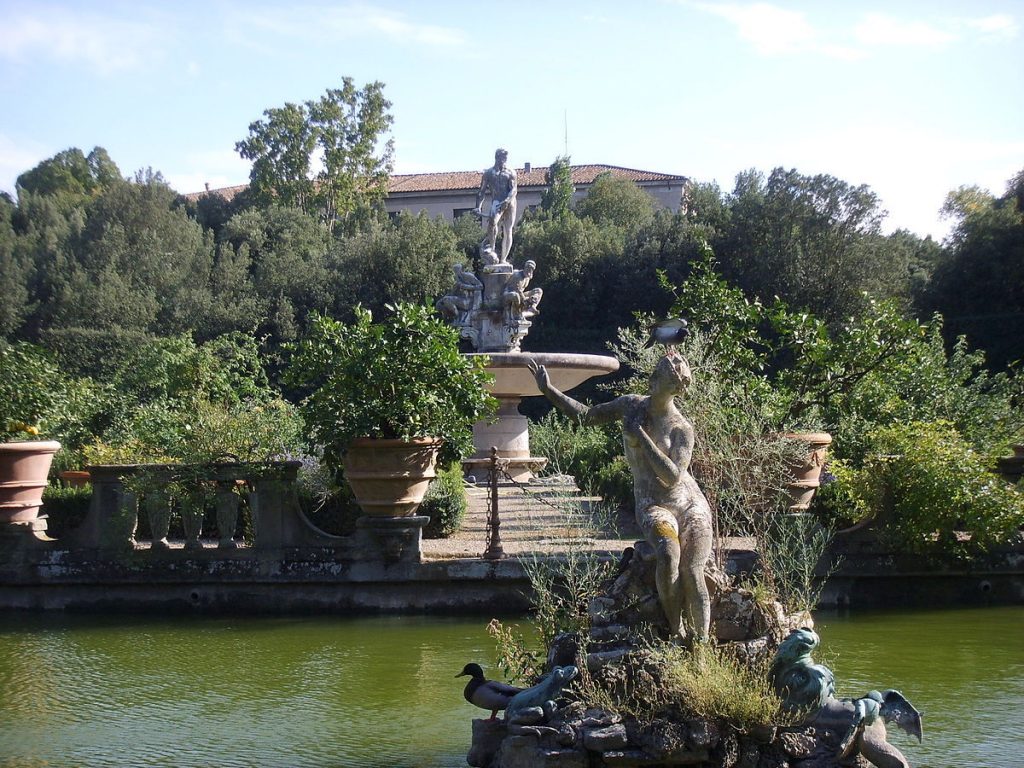 A staircase connects the courtyard of Pitti Palace built by Ammannati with the upper level of the garden where the amphitheater is located. The center of the park is occupied by the Ocean Fountain. The amphitheater was often used to stage the shows for the Medici court. Designed by Giambologna in 1576, this space is composed of a marble troupe representing the Ocean (the original, replaced by a copy, is now at the Bargello Museum) and 3 elongated river deities representing the Nile, the Ganges and the Euphrates, splendid statuesque figures emerging from the marble block.

Visit the Boboli Gardens: other fountains 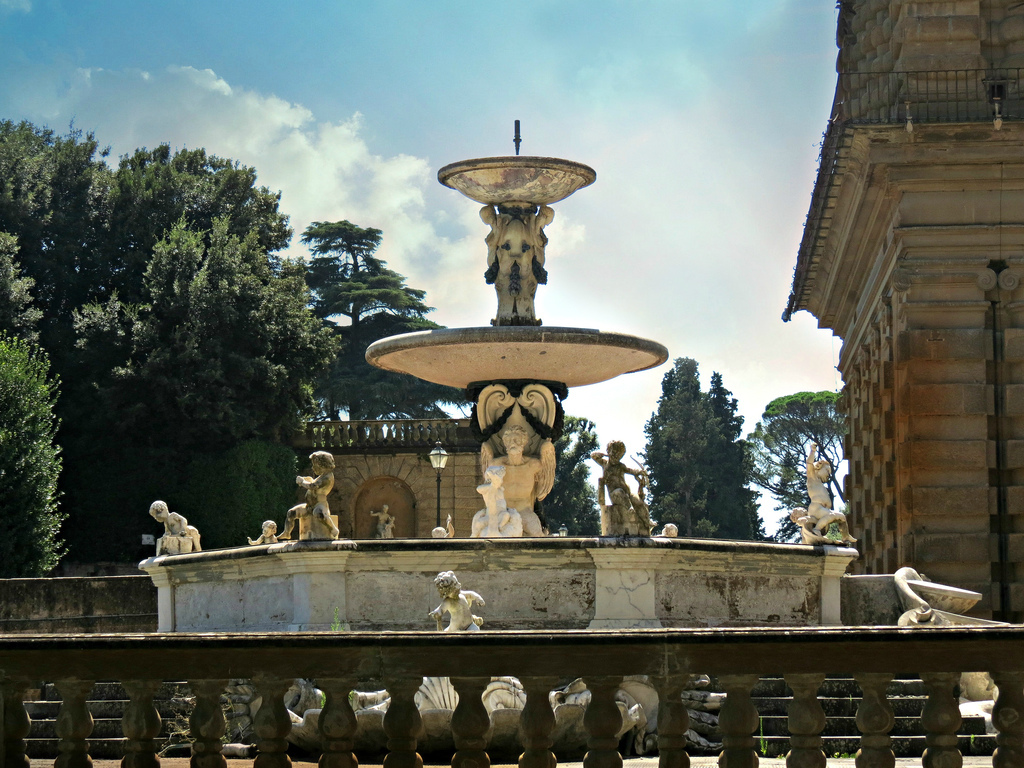 The Artichoke fountain is located at the back of the building, on large terrace. This fountain was sculpted by Francesco Susini and Francesco del Tadda. The name of Fontana del Carciofo is probably due to the similarity between the leaves of the roots of the artichokes and the decorations of the valves of the shells. Along the octagonal edge of the fountain there are statues of cherubs and marble putti.
Continuing towards the north-west area, we find the Fontana del Bacchino, which represents the dwarf Morgante, a jester of the court of Cosimo I de ‘Medici.

Visit the Boboli Gardens: the other water games 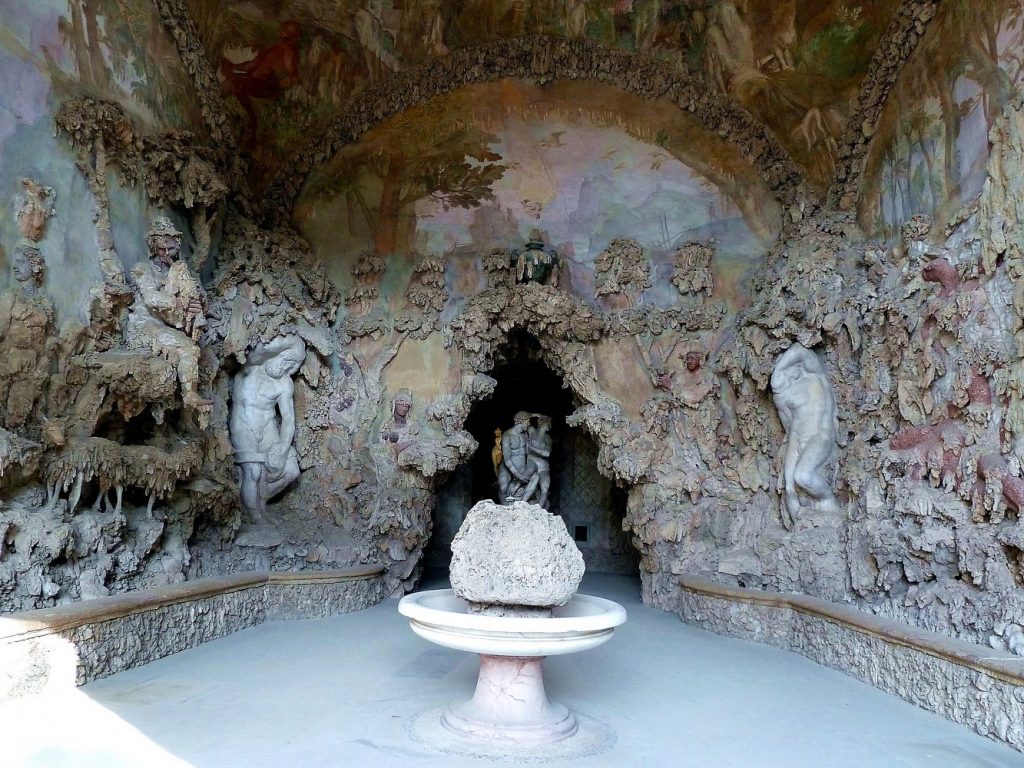 Continuing the walk in the large park of Boboli, it is possible to admire the Buontalenti Grotto. This cave is the perfect illustration of the Florentine artist’s imagination. The cave is divided into 3 areas. The third part, frescoed with plant motifs, contains a small fountain created by Giambologna that represents Venus on a rock as it emerges from the bathroom.

Going up we find a large floor occupied by the Fountain of Neptune with sirens and tritons emerging from the rocks, in the center the figure of Neptune is shown striking with the trident.

Once you reach the rococo pavilion of the Kaffeehaus, a hunting lodge, there is a large lawn from which you can admire a splendid view of Florence and in the center of which is the Ganymede Fountain. The original 17th century marble group has been replaced by a plaster copy.

At the end of this alley is the Knight’s Garden, at the center of which is the Fontana delle Scimmie dating back to between the 16th and 17th centuries. The fountain with a central marble putto is so called because of the 3 bronze monkeys positioned at the base.

To take a walk among its wonderful fountains and enjoy a splendid panorama of the Boboli Gardens, book your skip-the-line ticket now!

An opportunity not to be missed is undoubtedly to book the Uffizi-Boboli-Pitti cumulative ticket that allows you to visit Palazzo Pitti with its splendid museums, the Boboli Gardens and the Uffizi Gallery all these sites without doing the row at a special price !